Craig F. Starr Gallery presents RYB: Mary Heilmann Paintings, 1975-78, on view July 10 through October 28, 2017. This is the first exhibition in forty years solely focused on Heilmann’s seminal Red, Yellow, Blue paintings from the 1970s. Inspired as much by Wonder Bread wrappers and Superman as by Piet Mondrian and Barnett Newman, this series is pivotal to the development of Heilmann’s practice. The paintings mark her first use of bright color and the emergence of her characteristically playful style: a mix of formal simplicity and geometric abstraction with personally expressive surface textures.

Raised in San Francisco and Los Angeles, Heilmann counts California’s surfing culture and the Beats (particularly its impact on music) among her earliest influences. She studied ceramics and sculpture at the University of California, Berkeley, and began painting only after moving to New York in 1968.

Between 1974 and 1979, Heilmann made over 50 works using a combination of red, yellow, and blue. Either square or rectangular in format, the paintings were constructed by laying down (mostly) opaque layers of paint and then scraping away one layer from another by use of a squeegee, as in Little Three for Two: Red, Yellow, Blue (1976), or exposing under layers by peeling away tape. The self-referential, process-revealing paintings were thus “built”. As Heilmann explains, “I wasn’t really thinking about painting. I was thinking about structures.” 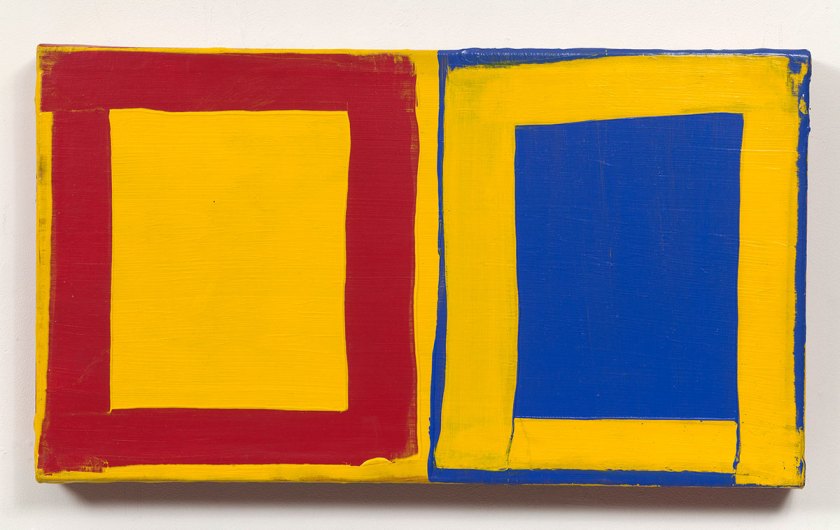 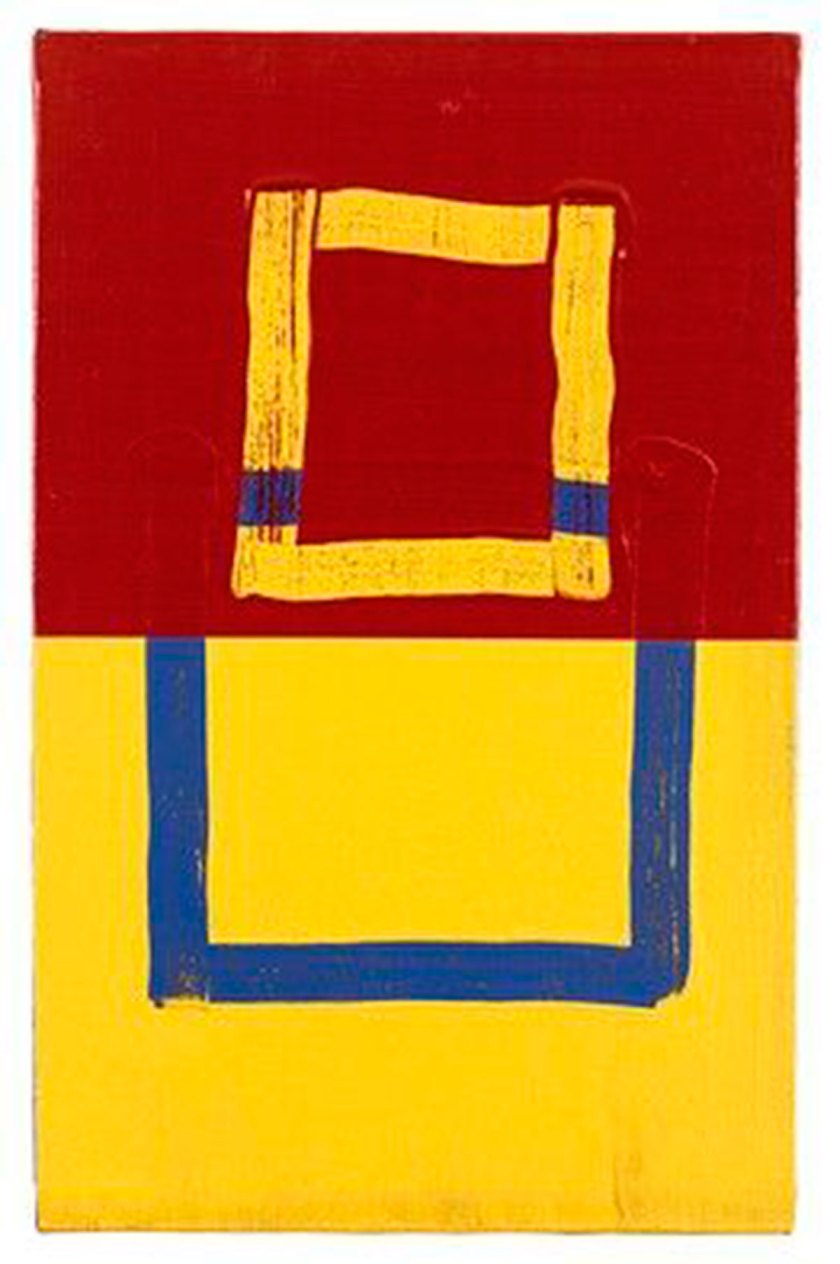 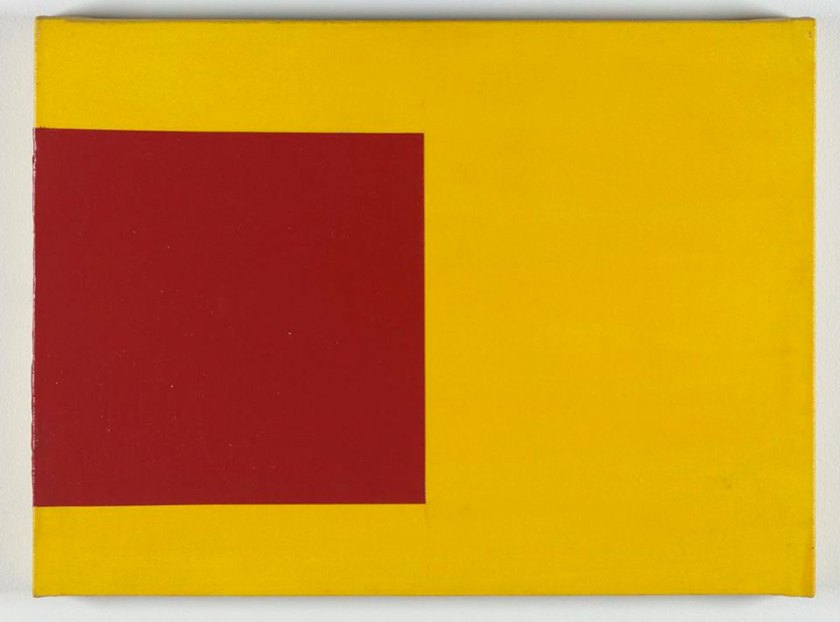 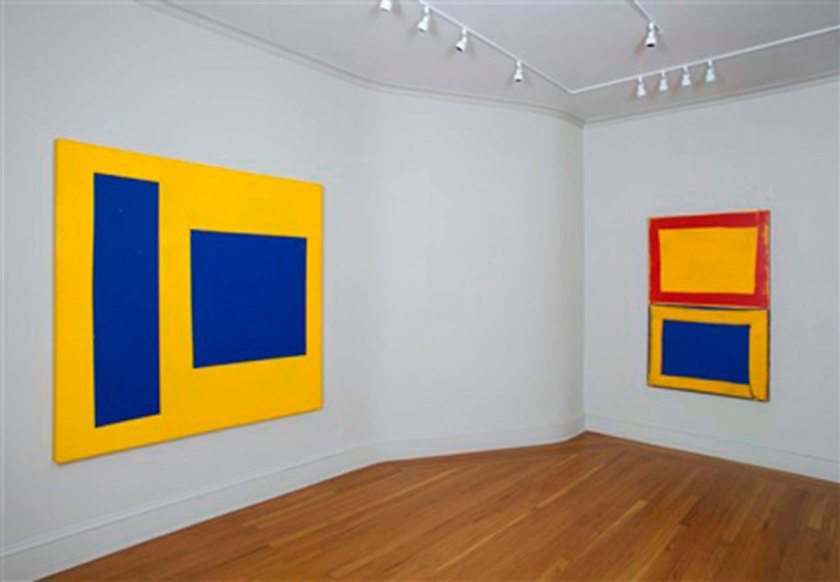 General view of the showroom 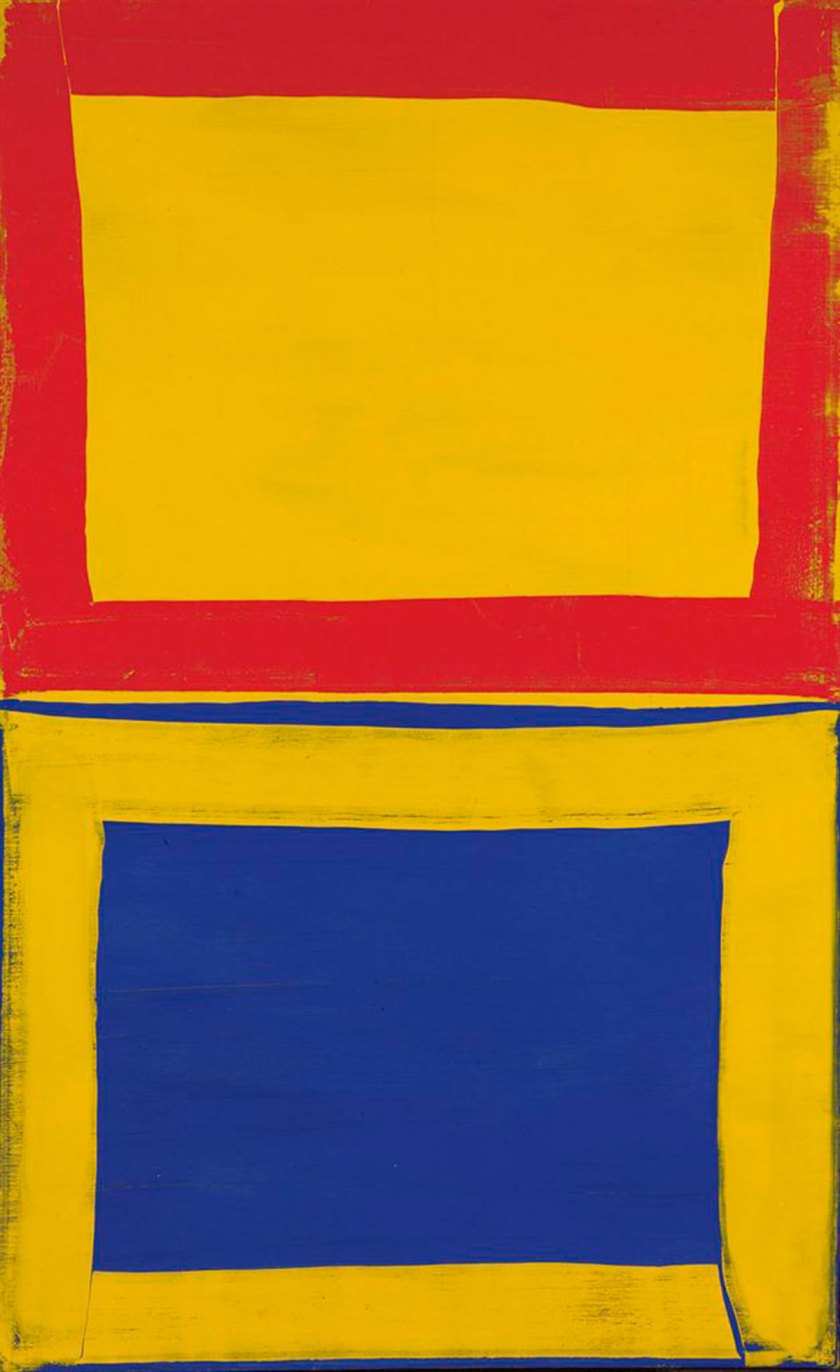 Aware of her work and its relationship to space and the spectator, Heilmann transformed her paintings into three-dimensional objects by using extra thick stretchers and painting the sides of the canvases. Demonstrating a willingness to push beyond the appearance of perfection, she encouraged the paint to run, goop, and stray beyond borders of the traditional picture plane. As John Yau writes in his essay for the exhibition catalogue, “…Heilmann’s geometric paintings come across as both handmade and homemade. Nothing like them was being made at the time.”

Simultaneously rebelling against and influenced by Minimalism and Conceptualism, Heilmann pioneered the infusion of abstract painting with craft tradition and pop culture. As Yau suggests “one could say that she confronted the rigid masculinity of large-scale geometric abstractions with a seemingly casual femininity and an unfussy directness that enabled her to bring subjectivity into the domain of geometry.” 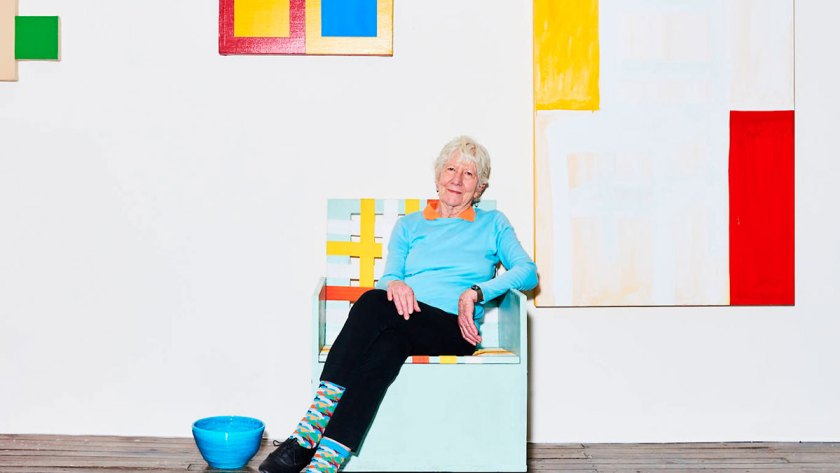 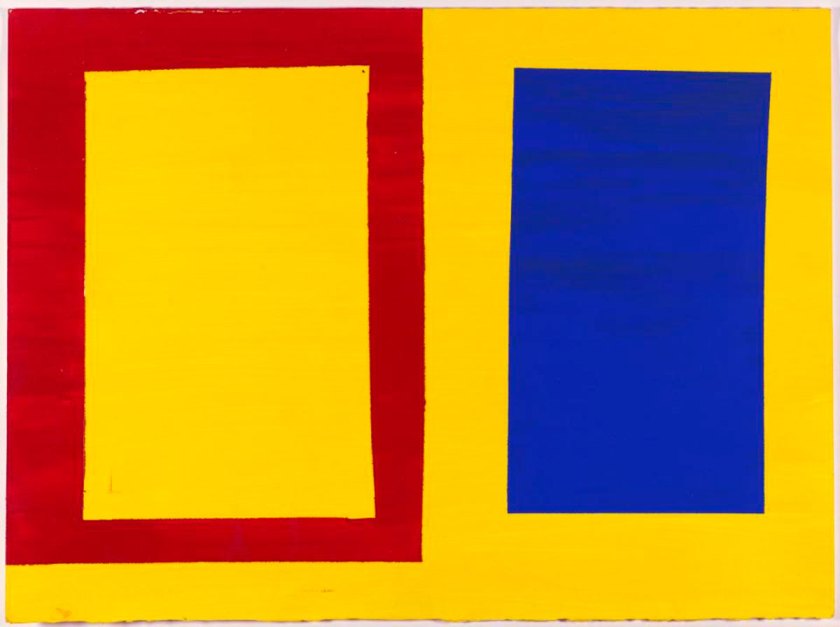